The Rottenest Egg of Them All

Egghead aka Edgar Heed, was a major enemy of the Dynamic Duo that believed himself to be "the world's smartest man alive." His crimes usually have an egg-motif to them as well as including egg puns in his speech where appropriate such as "egg-zactly" and "egg-cellent." Egghead is instantly identifiable by his pale bald head and white and yellow suit. He is based on a villain who faced Batman once called Barney Barrow. Egghead is sometimes with Olga, Queen of the Cossacks. When seen alone, his eggcomplices were Foo young and Benedict. Ms. Bacon (Eggheads secretary) helped too.

Fans suspect that He was bullied as a kid due to his egg sized head and when he grew up, he took it to the Egg-streme and renamed his villainous identity after his childhood nickname.

Additionally, he would use a wide assortment of egg-shaped weapons, such as laughing gas eggs and eggbombs (laid by chickens on a diet of onions). 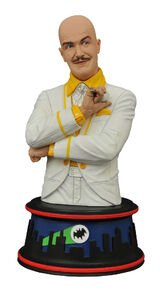 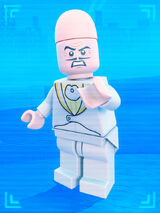