King Tut is a major recurring enemy of the Dynamic Duo. William Omaha McElroy is an obese history professor with a mysterious alter ego of a modern day Tutankhamen that occurs whenever he receives a blow on his head.

William McElroy is a respected professor of ancient civilizations—in particular Egyptology—at Yale University. One day he passed by an antiwar rally which turned violent, and was caught in the crossfire, receiving a brick to his head. When he came to, he declared himself the reincarnation of King Tutankhamen of Egypt, and that Gotham must be the city of Thebes.

King Tut usually decorates his various lairs with many Egypt-themed products, such as jackal statues, scarabs and pyramids. He has underlings who dress as slaves or Egyptian soldiers, and is waited on by beautiful women dressed as princesses. He is dangerous because of his megalomania. He decrees himself to be leader of Gotham, as he believes it to be Thebes, and sees Batman and Robin as rebels who are trying to dethrone him.

Despite his danger, Batman rarely holds King Tut responsible for his misdeeds, as another blow to the head restores his meek personality of William McElroy with little or no memory of being "King Tut". Although at least one episode ended with McElroy sheepishly admitting to Batman, "Oh no, I did it again, didn't I?", suggesting there is some awareness of his destructive alter ego.

Tut was portrayed by actor Victor Buono. Unlike most characters created for show, King Tut was popular enough to become a comic book character. Due to copyright reasons, King Tut was renamed Pharaoh.

King Tut is only other guest villain besides Joker, Penguin, Riddler and Catwoman to appear in all three seasons. 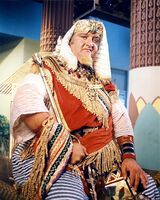 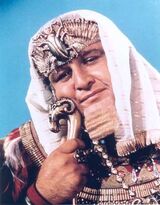 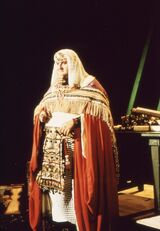 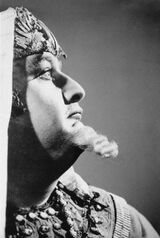 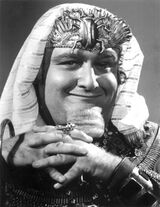 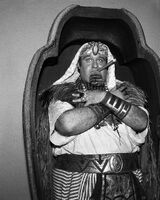 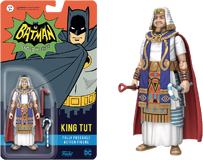 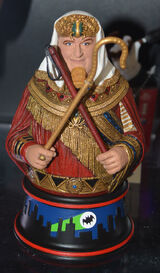